Wurkspace 7 > Business > Are Office Perks Getting ‘Out of Hand’? In a desperate bid to retain young workers, advertising agencies have started to look more like startups, hoping that chill vibes will keep people from quitting.

The office ping-pong table is insulting to the intelligence of employees. We all want to be happy at work, where Americans spend a large chunk of their lives, but employees aren’t dumb. We know ping-pong tables and kegerators​ don’t make work fun or fulfilling. It’s certainly not a replacement for a decent paycheck.

Perks are signifiers, a way for organizations to express a commitment to a laid-back corporate culture and, at some companies, a consolation prize for lower salaries and uninteresting work. The trend can be traced back to Google and Zappos. Both built hugely successful businesses on popular products and defined their workplace cultures with the help of beanbag chairs. Perks have since proliferated at startups, media organizations, and tech companies hoping a more comfortable environment will motivate employees and lead to Google-size profits. Some research has linked company culture to profits. That, in turn, has led to a keeping-up-with-the-Googles phenomenon in which certain perks become almost mandatory.

“Here in Silicon Valley it’s almost passé to have unlimited vacation, dogs at work, or free food, believe it or not,” said Scott Dobroski, the director of communications at Glassdoor. “People are getting more creative.”

Advertising is the latest industry to dabble in perks in a desperate bid to retain young workers, according to a recent New York Times article. Agencies are hoping chill vibes and happy hours will keep people from quitting. Some recent additions to offices include: a barista at New York marketing agency Deutsch Inc., beer at Ogilvy & Mather, and the ever-present ping-pong table at Interpublic’s McCann subsidiary.

Employee turnover in the advertising world is high and increasing, according to a recent study by LinkedIn and 4A, an industry trade group. Advertising saw a 25 percent “net talent loss” compared with competitive industries, such as technology and consulting, the report found. The problem is particularly acute among millennials, who now make up the largest share of workers in the U.S. workforce and help keep ad agencies cool. © Cole Burston/Bloomberg A moose sculpture hangs on the wall while an employee works near a fireplace in a common area of Google Canada’s engineering headquarters in Waterloo.

“The ping-pong table and Red Bull are very surface level,” said Evan Porter, who used to work at an Atlanta-based digital marketing agency that boasted both ping-pong and beanbag furniture. When he first interviewed for the job at age 25, the trendy office “definitely sounded appealing,” he said. He ultimately left because “the actual day-to-day management and the things that went on there wore on me over time.”

Porter, now 29, works as an editor at Upworthy, which drew him with such shiny perks as paid time off and the flexibility to work from home so he could take care of his kid. He also gets paid more and likes the job better.

The benefits that matter most aren’t foosball tables. People want health insurance, paid vacation, and sick days, the potential for performance bonuses, and a company-matched 401(k) plan, a 2015 survey by Glassdoor found. “What you don’t see among this list are some of the more sensational benefits,” said Dobroski.

Deep down, people just want to get paid. An entry-level advertising job pays $45,000 less than an entry-level job at a tech company, according to the LinkedIn and 4A survey, and that gap can’t be filled with snacks or whimsical decor. There’s a false perception that millennials would rather work at a cool office than get a paycheck. But compensation consistently ranks high for employee satisfaction, especially for millennials, who graduate with an average of more than $35,000 in debt.

“If you’re making $35,000 a year and have a debt load of $30,000, which is about the average, think about that income ratio and trying to live in a large city,” said Bruce Elliott, a manager of compensation and benefits at the Society for Human Resource Management. So why do companies bother with perks? It’s simple: They don’t cost very much. “From a compensation and benefits point of view, [perks] are actually fairly cheap,” said Elliott.

Of course, on top of salary and benefits, people want to like their jobs.

But employees, even young ones, know free happy hours have little to do with overall job satisfaction. “People are attracted by it at first glance,” said Dalton Dranitsaris, a 20-year-old intern at SAP, a software company in Canada that has a ping-pong table. “But then, obviously, other things are important as well, like what you’re working on and if it’s in your field of interest.” Google’s perks work because the company also pays people a bunch of money to work on interesting problems at a successful company. For advertising agencies, perks are a patchwork repair covering foundational problems.

Workers see the table game for what it is: a cipher. “I don’t think it has much lasting impact, if the other things aren’t in place, like having a clear path to growth and salary—the real benefits that you need,” said Porter. “I don’t think it really helps keep people around in the long haul.” Your Office Fitout Doesn’t Need to be Complicated 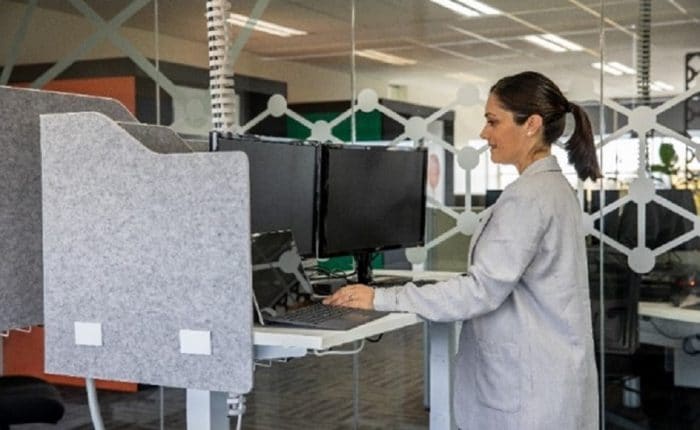 Ergonomics in the Office